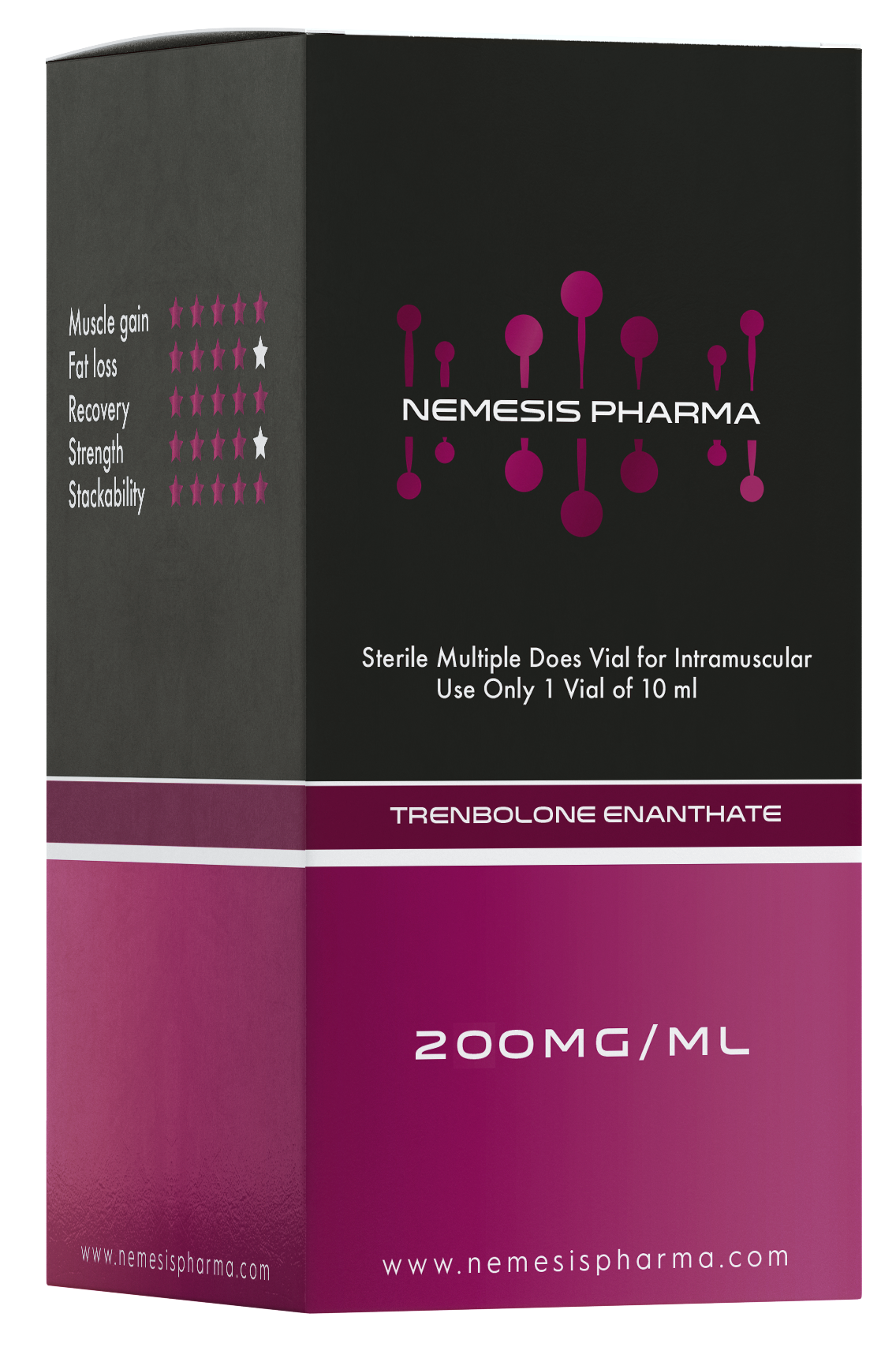 Trenbolone, also known as trienolone or trienbolone, is a steroid used on livestock to increase muscle growth and appetite. To increase its effective half-life, trenbolone is administered as a prodrug as an ester conjugate such as trenbolone acetate, trenbolone enanthate, or trenbolone cyclohexylmethylcarbonate. Plasma lipases then cleave the ester group in the bloodstream leaving free trenbolone.

Trenbolone can stimulate the following most typical activities: acceleration of protein synthesis and maintenance of positive nitrogen balance, trenbolone greatly increases the level of the extremely anabolic hormone IGF-1 (insulin-like growth factor) within muscle tissue, increase the levels of IGF-1 in muscle over two fold, it also causes muscle satellite cells to be more sensitive to IGF-1 and other growth factors. The amount of DNA per muscle cell may also be significantly increased, increase the production of red blood cells responsible for transporting oxygen in the bloodstream. The more red blood cells are in blood, the better is oxygen saturation of organs, including muscles, which is very important for the development of muscular endurance. In addition, trenbolone promotes glycogen replenishment considerably improving recovery. It also has the ability to significantly reduce the production of anti-anabolic (muscle destroying) glucocorticoid hormones, in particular cortisol. Trenbolone (a potent synthetic testosterone analogue that is not a substrate for 5-alpha reductase or for aromatase) induces myotrophic effects in skeletal muscle without causing prostate enlargement, which is in contrast to the known prostate enlarging effects of testosterone. These previous results suggest that the 5α-reduction of testosterone is not required for myotrophic action. We now report differential gene expression in response to testosterone versus trenbolone in the highly androgen-sensitive levator ani/bulbocavernosus (LABC) muscle complex of the adult rat after 6weeks of orchiectomy (ORX), using real time PCR. The ORX-induced expression of atrogenes (Muscle RING-finger protein-1 [MuRF1] and atrogin-1) was suppressed by both androgens, with trenbolone producing a greater suppression of atrogin-1 mRNA compared to testosterone. Both androgens elevated expression of anabolic genes (insulin-like growth factor-1 and mechano-growth factor) after ORX. ORX-induced increases in expression of glucocorticoid receptor (GR) mRNA were suppressed by trenbolone treatment, but not testosterone. In ORX animals, testosterone promoted WNT1-inducible-signaling pathway protein 2 (WISP-2) gene expression while trenbolone did not. Testosterone and trenbolone equally enhanced muscle regeneration as shown by increases in LABC mass and in protein expression of embryonic myosin by western blotting. In addition, testosterone increased WISP-2 protein levels. Together, these findings identify specific mechanisms by which testosterone and trenbolone may regulate skeletal muscle maintenance and growth.

Trenbolone Improves Cardiometabolic Risk Factors and Myocardial Tolerance to Ischemia-Reperfusion in Male Rats With Testosterone-Deficient Metabolic Syndrome. Trenbolone treatment elicits favorable changes in body composition (specifically, in the reduction of visceral adiposity), lipid profile, insulin sensitivity, and myocardial tolerance to ischemia reperfusion in Testosterone-deficient male rats with the MetS. In comparison with Trenbolone, the therapeutic effects of Testosterone were consistently less pronounced in these animals. Additionally, widespread replacement fibrosis in the myocardium and prostate hyperplasia were identified as consequences of Testosterone treatment and were markedly less pronounced in Trenbolone-treated animals. Neither the androgen-deficient state nor the treatment with Testosterone or Trenbolone affected the hepatic or renal activity in these animals. We propose that Testosterone replacement therapy may have contraindications in Testosterone-deficient males with obesity-related MetS, and that selective AR modulation with Trenbolone may elicit a preferable benefit to risk ratio in these populations